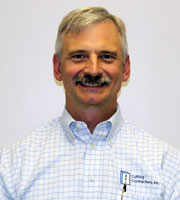 Mark Hege founded ABC Cutting Contractors of Indianapolis in 1985, along with his father-in-law, Gary Hill. He trained in Atlanta, Miami and on the Panama Canal before operating a saw through much of the company’s infancy.

Today, ABC Cutting has steadily grown to over 40 employees and serves Indiana and the surrounding states. Mark acts as President of ABC Cutting, and along with those responsibilities, is intimately involved in the day to day operations of ABC Cutting. ABC was founded on a “service when you need it attitude” and Mark strives to foster this mentality on a daily basis. Mark also continually stresses the importance of safety, frequently consulting both manufacturers and peers, in order to progress overall industry safety. An avid show cattle owner, Mark and his wife Tammy were married in 1980 and have 3 children and 4 grandchildren. 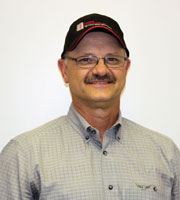 Bill Runion joined both his brother and father in law at ABC Cutting in 1986. Bill trained on all equipment and ran a saw for several years, while simultaneously selling and overseeing work for ABC Cutting.

Bill acts as both the Vice President and Safety Director for ABC Cutting, taking an active role in jobsite safety on a daily basis. He is an OSHA 501 trainer and constantly works to expand the safety training we offer to our employees. Bill also focuses much of his time developing relationships with customers, personnel and vendors. An avid golfer, Bill and his wife Jackie were married in 1983 and have 2 children and 2 grandchildren. 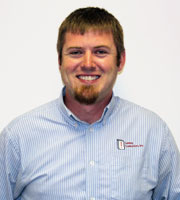 Cody Hege was interested in concrete cutting from a very early age, often coming to work with his dad and learning more about the industry as he grew up. Cody joined the team at ABC Cutting in 2003 and learned to efficiently run every tool on our trucks.

After operating in the field for several years, Cody transitioned to Superintendent/Sales. He continues to promote the growth of the company and is integral as we strategize on how to conquer the toughest projects the industry has to offer. Cody strives to offer the highest amount of service possible regardless of the size of the project. An avid outdoorsman, Cody and his wife Rikki were married in 2010 and have a son. 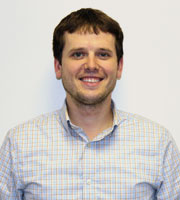 Drew Runion spent much of his youth alongside Cody around ABC Cutting’s office learning from his dad and uncle. Through the years, Drew accumulated experience operating various pieces of ABC machinery.

Drew graduated from Anderson University with a B.A. in Marketing and continued his education earning and M.B.A. in 2008. Drew worked in the defense industry for a few years prior to joining ABC Cutting in 2010. Drew acts as the companies H.R. Manager and E.E.O. Officer and works to help our most valuable asset, our people, succeed at ABC. An avid sports fan, Drew and his wife Claire were married in 2011 and have a daughter.

ABC Cutting Contractors, Inc. is a union contractor that offers concrete, block and brick cutting services. We are members of the Laborer’s International Union and an EEO employer providing a Drug Free Workplace.